Web3 – The Decentralized Web of Future 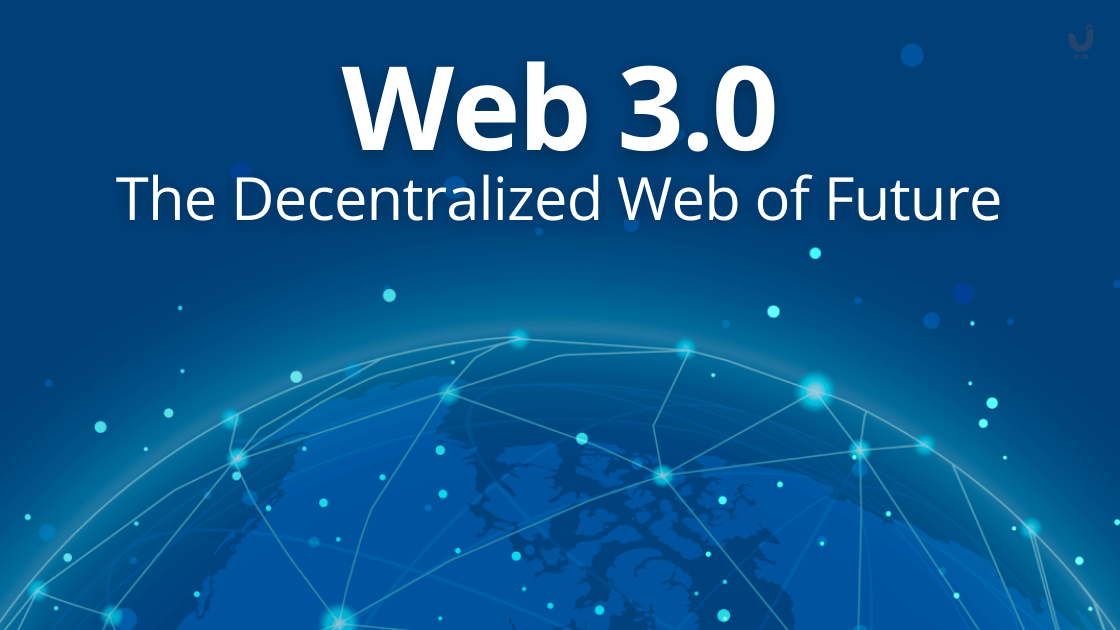 What is Web3? Why it is called the future of post-internet civilization? How we can enter into this? All of these questions are clouding the internet. However, it is a fact that the world of the internet is now longing for a change, an alternative to breaking free from centralization. And if you don’t know anything about what’s going on beneath the surface of the web industry. This is the blog you need. In this article, I will provide all basic information about the web’s evolvement, the future of the web, how web3 works, why it matters, and how to get started with it.

Web 1.0 is the 1st iteration of the web. From 1990 to 2005, web1 was the coolest thing that anyone could imagine. However, most people who were using web1 were only developers rather than everyone. Because back in those days, not everyone could afford computers and learn how to use them. That is why there were fewer creators (only the tech nerds and few news sites).

Therefore, it was more about consuming than creating. Besides, the contents were just either in text or image formats. So, it was not that much as now we do value the internet. Now, we call that era of web “read-only web.”

The web we are currently using is web 2.0. Most of us from this generation have experienced the web in web2 form. Web2 is the second version of web1 where not only do we consume content but also we create back. And, you don’t need to be a developer to participate as a creator. Especially with the creation of social media and other data-sharing platforms, we can smoothly post, message, share, comment, and react. Right?

However, now it seems that there are some issues with Web2, which we were unaware of. For example, every platform we use to post, share, comment, or react is owned by someone else. Giant companies like Google, Amazon, Facebook control the authority of everything.

Now it turned into created many owned by few from created by few consumed by many. With that, a Data Economy Model has appeared. As we know, giants like Google or Facebook hold the authority over the information that we build or see on their platforms. So, they take advantage of this data and use it against us. For example, they collect our information and suggest to us various ads that we are conscious/subconsciously follow. Therefore, we can call this is an exploitation of our subconscious mind and emotion.

There is another serious issue with Web2. Giant companies such as Facebook or Google hold so much of our personal information that they are the prime targets of hackers. See the data breach list to understand how insecure is Web2.

Blockchain platforms like Ethereum, EOS and TRON are the pioneers of Web3. Although Web 3.0 or Web3 is the future of the web we are talking about, it has similarities with the first web. Just like the first web, in Web3, there will be no central authority, no central controlling node, so there will be no failure and no switch-offs. You won’t be needing any permission from anyone to post something.

Moreover, the distributed ledger storage on blockchain will decentralize the data and give a secure environment. There will be nothing like Web2’s exploitative, advertising, and under surveillance nature. Everyone will be the owner of their data. And they will get money properly for their data and time.

Now, let us dive deep into the realm of Web3 and find out how it is going to work in the real world.

You’ll see with, Web3 there is always another name that comes into the conversation, Cryptocurrency. It plays a massive role in Web3. It gives tokens or financial incentives for those who want to participate in various projects and services. Consumers of these services of protocols pay to use like we pay regular cloud providers. But in, Web3 the money directly goes to the network participants.

There are numerous web protocols, such as Arweave and Filecoin. Utility tokens control how the protocol works. Participants at all levels of the network provide these tokens. It is how even native blockchain protocols like Ethereum works.

The tokens that we discussed earlier add a borderless native payment layer. It enables you to easily integrate anonymous and secure international payments and transactions into web3 applications. Crypto wallets like Torus, MetaMask are the two examples of accounts provides for dealing with cryptocurrencies via webs or mobiles.

There are no gatekeepers in these networks. Just download an account provider wallet and start dealing with the payments. No problem!

In Web3, identity works differently. Our identity will be attached to our wallet addresses. And that identity will remain completely anonymous. Everyone can see it only if the user wants to make it public. No central authority will have my identification or passwords.

In Web3 authentication, there will be no need for email and passwords. If the user wants to use his wallet across multiple dapps, it can be easily transferable.

It is a reality now. Tools and protocols like, Ceramic, IDX is allowing users to create their own identity and replacing the traditional authentication systems.

The tokens that we’re talking about earlier can be a very efficient modern way to build a massive company from scratch. Then, soon it will lead up to a token economy. The fundamental thing to build a company is to find investors or raise money for projects.

To get money or an investor, one must use a centralized medium from which the medium cuts percentages. Also, it brings investors who take over the venture capital, and the company has to give a large share of the company.

However, in Web3, there are no centralized mediums. You have to announce a project that solves real problems, and anyone can start to provide your investments (little or a large sum) from day one without hassle. How? Let me explain.

Let’s say a company announced the release of x number of tokens and stated that they sell 15% to the general public and keep the rest to pay future contributors and funding of the project.

The stakeholders will have the freedom to vote on making changes to the project in the future, and they can sell their shares to make money. Also, people who see profits in this project can buy shares. As the blockchain data is all public and open, the purchases will all be transparent.

In Web3 space, there are already some dapps, tools, organizations, protocols, projects that are rising and creating the future. Try & learn more about them. Here are a few examples.

With every advantage, there have some disadvantages too. And, it is no doubt that with the development of Web3, the web world will rise to a level of ease. It will make our lives simpler and better than we are living now in Web2. However, let’s take a look at some of the possible disadvantages of web3.

First of all, Web3 will be inaccessible to devices with less advanced capabilities. Secondly, all sites that are in the web 1.0 phase will be outdated. Thirdly, it can be difficult for newcomers to comprehend. Furthermore, people will spend more time on the internet than they will in the real world.

But these are all minor issues that we can assume will take place in the Web3 world. We can see where it will take us as a human civilization only after its complete takeover.

Finally, I’d like to say this future space will propel us to a new level of technological development. If you are a software engineer, you will have opportunities to work with some of the brightest minds in the industry. It will be a hypercompetitive sector where developers will face new challenges every day. Thus solve the most complex problems.

However, these are all minor issues that we can assume to occur in the Web3 world. Only after it has completely taken over can we see where it will lead us as human civilization.

You can check out our open-source and premium projects from the buttons below.

Why & How to Get Started with Open-Source Software?

How to Break into Ethereum, Crypto, and Web3 as a Developer?

The Complete Guide to Full-Stack Solana Development with React, Anchor, Rust, and Phantom